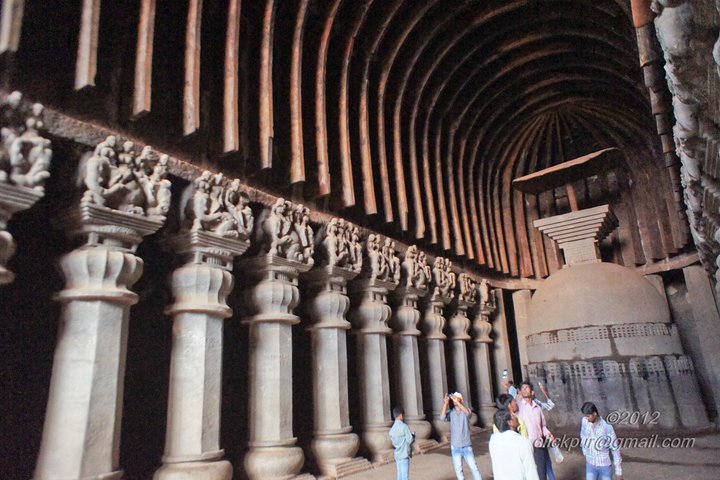 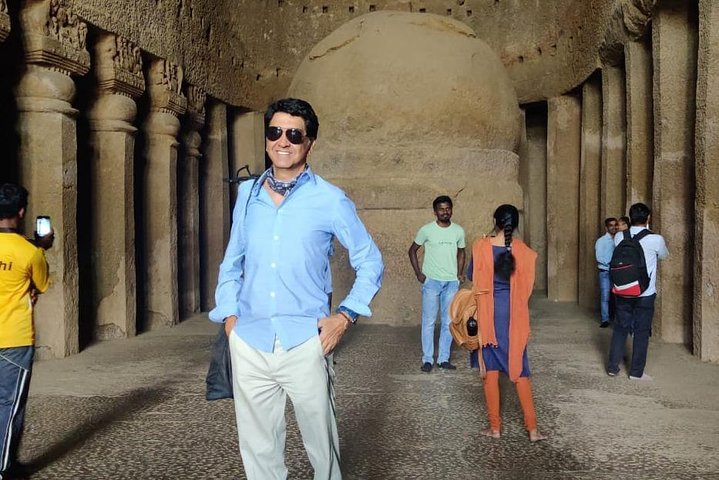 Karla and Bhaja Caves are situated close to Lonavala in Maharashtra. The Bhaja caves are respected to be from the hours of Hinayana period of Buddhism, which is of second to first century BC. These caverns are likewise basically Viharas and Chaityas and found only 3 km away from the primary street in the midst of green environmental elements. There is likewise a cascade close to the cavern where vacationers can revive themselves with a plunge. Lohagad and Visapur strongholds are not a long way from these caverns.

Karla Cave is the biggest Hinayana Buddhist chaitya (sanctuary) in India worked during Satavahana’s standard. Karla is the best illustration of rock-cut design, which is accepted to cut out from a living stone. A portion of its 2000 year-old wooden shafts are as yet alive. It requires almost 20 minutes to ascend the lofty method of the Karla caves. There is a 45 meter (148-foot) long Chaitya, conceivably the best of its sort in the country. A sanctuary has been fabricated as of late worked at the entry utilizing support points from the Budhist time frame.There is a model of Buddha teaching situated on a lion-upheld lofty position, which has sublime carvings of three elephants. The points of support are decorated with themes of elephants, men and riding ladies and so forth.Closest air terminal is at Pune, while closest rail route station is Malavli. Lonavla station, 10 km from Kalra is the most helpful base for visiting Karla and Bhaja caves.Immaculate with the cutting edge progressions, Karla is the spot that is giving accolade for Buddhism confidence. One of the biggest things to see is the request corridor unpredictably created as Great Chatya Cave.It is said that they were worked somewhere in the range of second and third Century BC by the Buddhist priests, these caverns are arranged in the Aurangabad District of Maharashtra, very close to the Bhaja Caves. These caverns exist in the midst of a scope of slopes close to Lonavala (20 km). Karla fills in as a captivating end of the week objective on the Pune-Mumbai thruway, roughly 40 km from the core of Pune.

The Karla Caves, Karli Caves, Karle Caves or Karla Cells, are a complex of old Buddhist Indian stone cut caves at Karli close to Lonavala, Maharashtra. It is simply 10.9 Kilometers from Lonavala. The gathering at Karla is one of the more seasoned and more modest of the many stone cut Buddhist destinations in Maharashtra, yet is one of the most incredible known as a result of the renowned “Excellent Chaitya”, which is “the biggest and generally totally protected” chaitya lobby of the period, as well as containing uncommon amounts of fine figure, a lot of it for a huge scope.

Bhaja Caves or Bhaje caves is a gathering of 22 stone slice caves tracing all the way back to the second century BC situated in Pune locale, close to Lonavala, Maharashtra. The caverns are 400 feet over the town of Bhaja, on a significant old shipping lane running from the Arabian Sea toward the east into the Deccan Plateau (the division between North India and South India). The engravings and the cavern sanctuary are safeguarded as a Monument of National Importance, by the Archeological Survey of India per Notification No. 2407-A. It has a place with the Hinayana Buddhism order in Maharashtra.

The Karla Caves, Karli Caves, Karle Caves or Karla Cells, are a complex of ancient Buddhist Indian rock-cut caves at Karli near Lonavala, Maharashtra. It is just 10.9 Kilometers away from Lonavala. The group at Karla is one of the older and smaller of the many rock-cut Buddhist sites in Maharashtra, but is one of the best-known because of the famous "Grand Chaitya", which is "the largest and most completely preserved" chaitya hall of the period, as well as containing unusual quantities of fine sculpture, much of it on a large scale. Duration: 4 hours

Bhaja Caves or Bhaje caves is a group of 22 rock-cut caves dating back to the 2nd century BC located in Pune district, near Lonavala, Maharashtra. The caves are 400 feet above the village of Bhaja, on an important ancient trade route running from the Arabian Sea eastward into the Deccan Plateau (the division between North India and South India). The inscriptions and the cave temple are protected as a Monument of National Importance, by the Archaeological Survey of India per Notification No. 2407-A. It belongs to the Hinayana Buddhism sect in Maharashtra. Duration: 1 hour 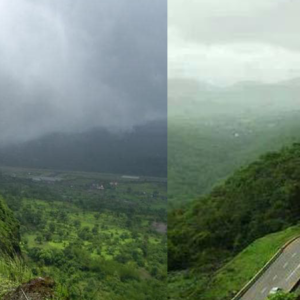